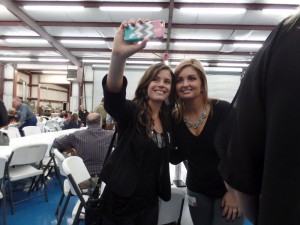 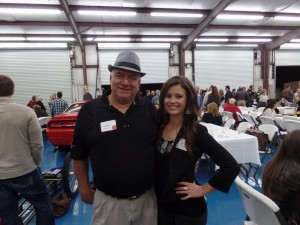 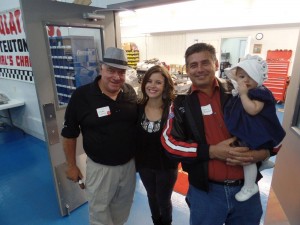 Hey everyone! I have had a long and crazy winter and I apologize for the long break between updates. After the racing season was over, we decided to embark on another week long trek across country, and it’s been tough to find time to blog. Since our Arrington 392 HEMI monster of a motor had a solid 3 racing seasons on it and we hadn’t even pulled the valve covers off of it, we decided it was time for a freshening. There were a few other upgrades that we wanted to do to the car, but I’ll get to those later. Since we were going to be doing some serious upgrading to the car, we decided to bring it back to the experts that built the engine in the first place. So after the Thanksgiving holiday we began our journey along I-10 to get to first, Louisiana and then Virginia where the home of our engine builders, Arrington Performance is. We stopped along the way in Houma (pronounced homa) Louisiana to visit some of our Dodge racing friends. Jeff Teuton and Kevin Helms, among other members of the team, compete in some serious Stock Eliminator NHRA racing. In fact, Kevin Helms, driver of a Stock Eliminator late model Challenger, won the world championship in 2015. Every year they have a get together of about 500 close friends to celebrate racing, the holidays and Mopar. So this year we decided to stop in Louisiana for a few days to check out some Cajun food and visit our friends in Houma. The party was an absolute blast. I got the chance to meet Erica Enders, the folks from Lupe Tortilla restaurant chain, Craig Boureois 2015 Comp Eliminator champion, and of course the Teutons themselves! It was great to celebrate championships and racing success with all of these people. Plus we got to have a boat ride in the bayous of Louisiana, and were lucky enough to see an Alligator lurking by the shore. It was a great detour to our trip.

The next stop was a one day dash to Martinsville Virginia, the home of Arrington Performance. It’s always amazing going to this place because it is so very rooted in Mopar Performance. There is a set of Dodge ram horns on the hillside, a massive shop with several bays and lifts that are always filled with late model Mopars, and of course half a dozen dyno facilities that are in use all of the time. Not to mention that the people from Arrington are some of the most knowledgeable people about motorsports that I have ever met. We couldn’t feel more confident about bringing the Magnum there because to us, there is no other place that even compares.

After some discussion at the shop and other planning phone calls, the people at Arrington brought up the idea of not only upgrading and freshening the current motor we had, but actually building us an entirely new engine. Oh and by the way, it would be more cubic inches, more boost and make more horsepower and torque. So naturally, we said absolutely! Before this conversation happened, we were entertaining the idea of replacing our factory stock NAG-1 transmission with a stout racing TH400 transmission. After hearing that we were going to be getting even more power out of our new Arrington Engine than we originally thought, it was clear that we needed to indeed upgrade the transmission as well. Given that the unpredictability of the five speed automatic shifting has cost us more than a couple rounds of racing in the past, it seemed fit to take this leap.

But not only the transmission needed upgrading now. With a new engine and transmission, among other things, we needed a new flex plate, torque converter, throttle body, driveshaft and rear end gears. And the goal is the have the car ready to rumble by March 10th so we can go test our new combination before our debut at Muscle Cars at the Strip. The finishing touches are still being put on the car as I write this, and once the car is completed at Arrington, it will need to go to our friends at RPM Rollbars to get the 8.5 NHRA certification, since we will likely be going in the high 9 second range the first weekend on track. It’s very important to me to have all of the safety requirements up to spec before getting on track, and Rob and his team at RPM can definitely make that happen for us. I will keep you in the loop about the car’s progress over the next month! 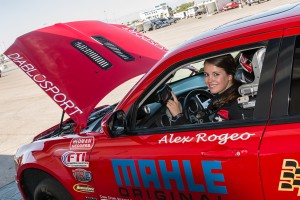 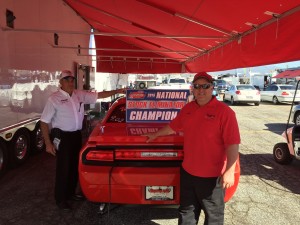