Now that the summer break is over it’s time to get back into racing again! We have been changing and updating a number of things on the car over the last few months, and with a little luck, we will be ready to be back on track for the next NMCA race next month. Toward the end of the spring we had some electrical problems crop up, some of which we didn’t know how to fix right away. It took a lot of diagnosis and investigation for us to find that our alternator was bad and causing a number of issues both with the serpentine belt and the ECU. This caused some inconsistency at the last few races of the spring, which was a hard pill to swallow since there are only 4 races in the points season. Right now we are sitting solid in 4th place, and with two races left in September and October, I’m really hoping that both the car and driver are up to the task of going some rounds to make that fourth place more like first place. It’s going to be an exciting end of the season, and I’m very grateful to all of my supporters and sponsors for putting so much effort into making the car right again. Here are a few shots from the last couple track events that I haven’t posted yet. Our next event is the NMCA West Street Car Nationals in Fontana, CA. If you’re in the Southern California area, this race is really worth it as both a spectator and a competitor. NMCA has plenty of heads up and bracket cars and it’s not expensive for spectators to enjoy the racing from the stands, as well as walk anywhere in the pits! I hope to see you there watching or maybe even waiting in the staging lanes! #NMCAWest #DragRacing #TeamChampion #MAHLE #MickeyThompsonTires 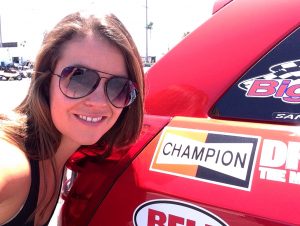 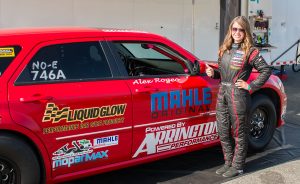 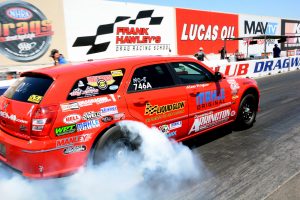